This implementation also handles the ability to Save/Load all "Network Packet Capture Filters & Options" located on a NST probe. 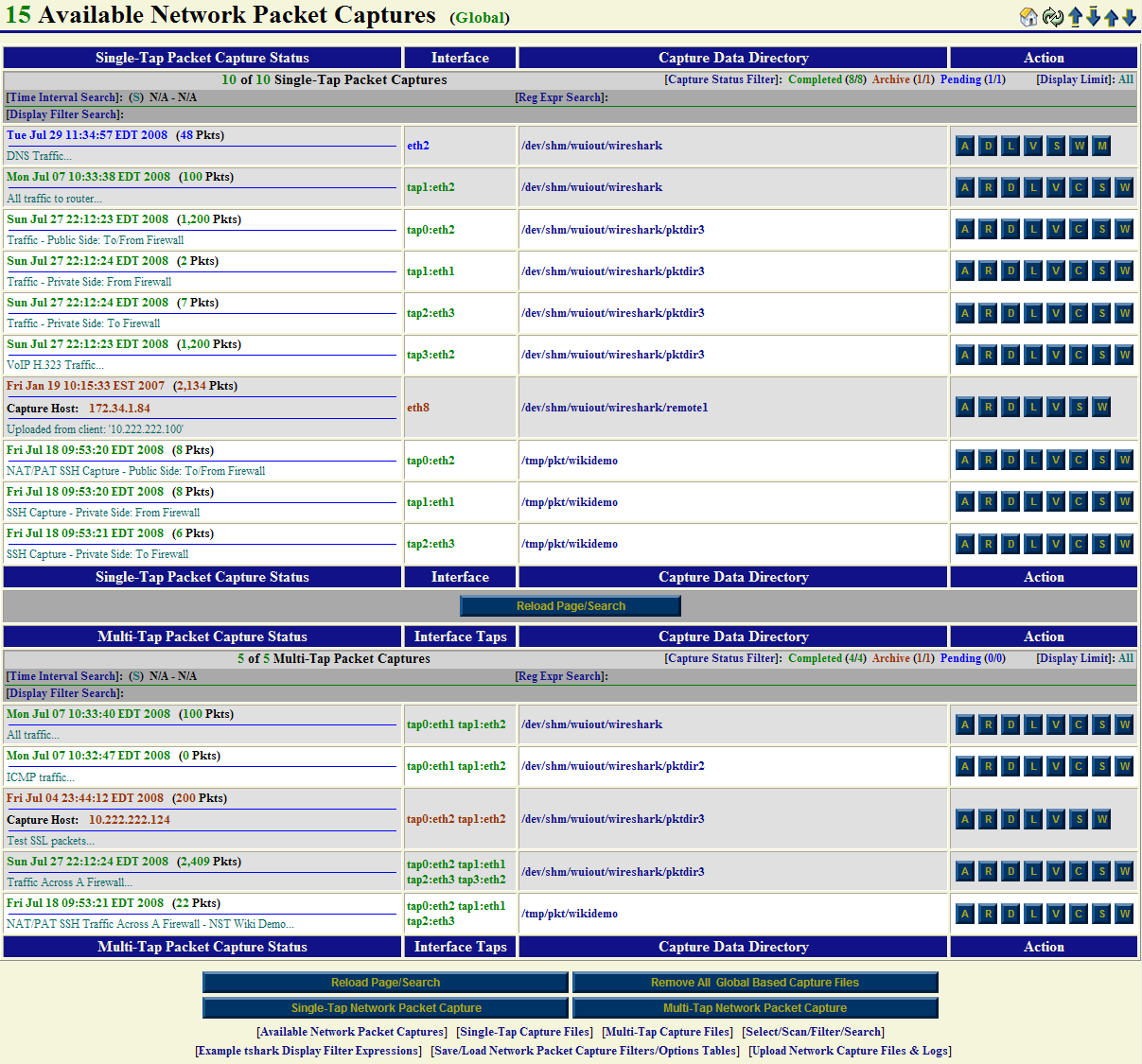 Each capture has an associated set of management "Actions". The available "Actions" for the capture depends on the state of the capture. The management functionality for each "Action" is described below in the "Action Description Details" portion of the caption. This entire caption is embedded within the NST WUI "Network Packet Capture Management & Status" page for use as a reference guide. 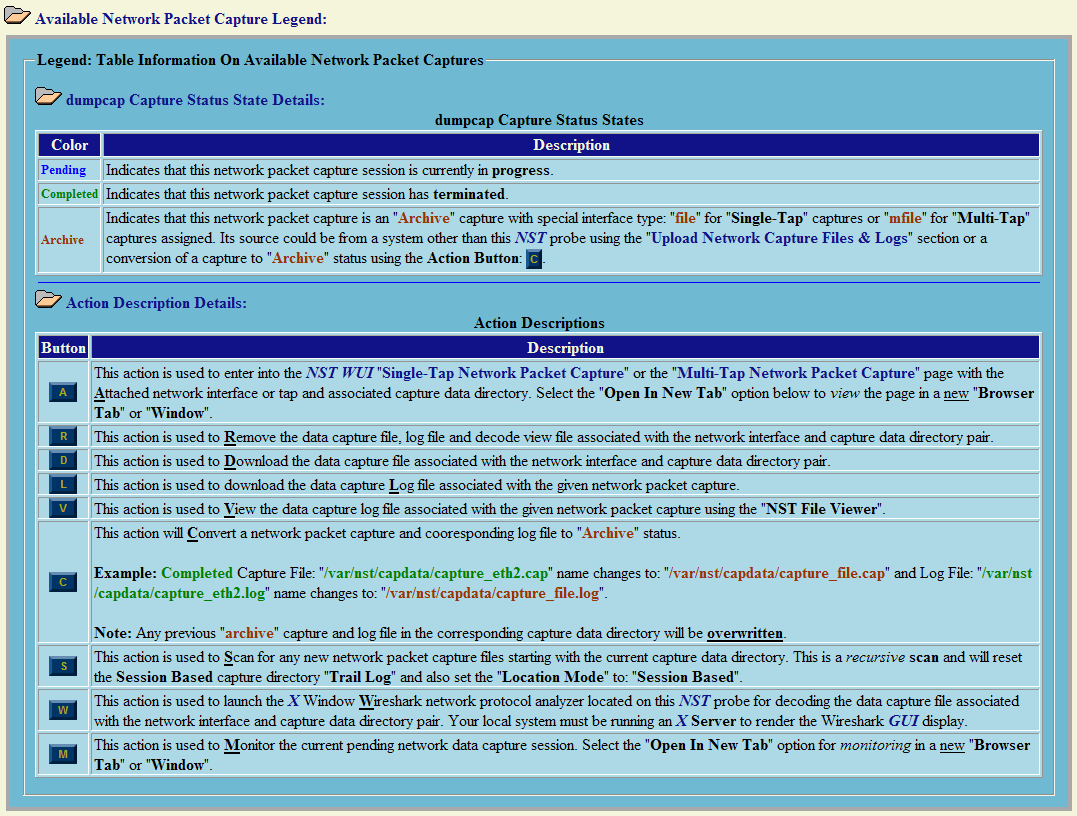 Hovering your mouse pointer over each table cell for a given capture will reveal additional comprehensive information. The depiction below shows detailed network packet capture status information for the multi-tap capture session that completed on: "Sun Jul 27 22:12:24 EDT 2008" containing: "2,409" packets. This was a quad-tap capture that lasted for a period of "23" seconds. 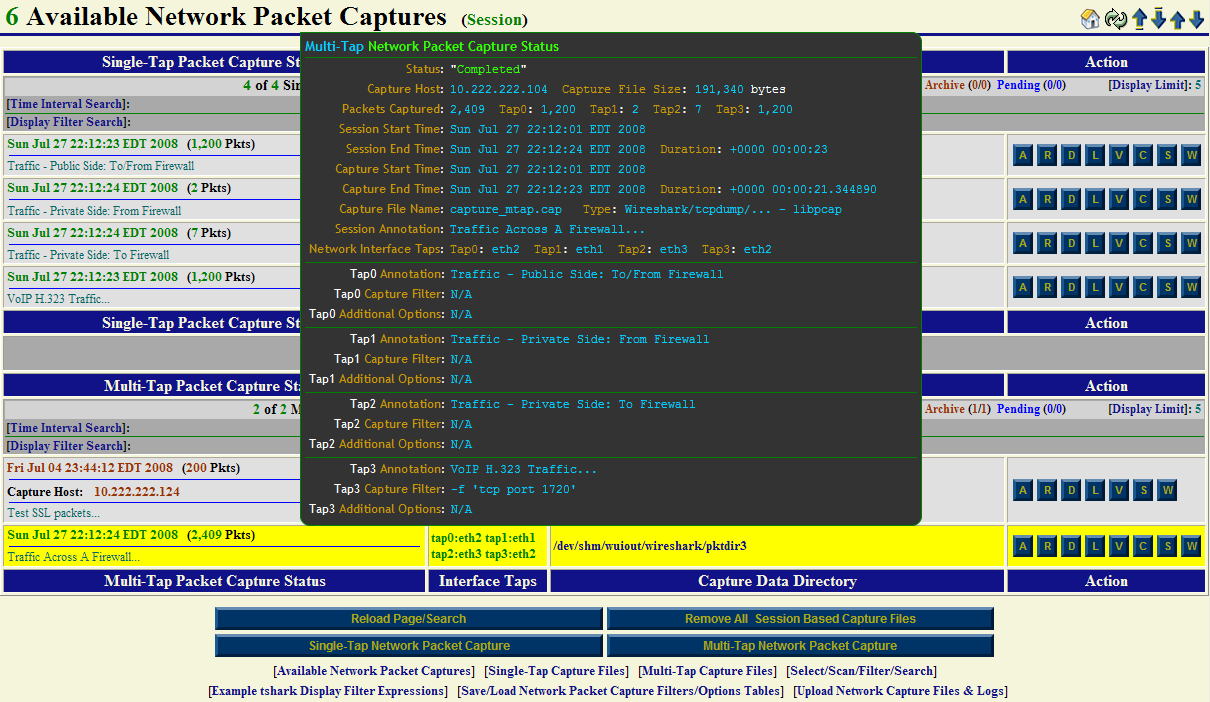 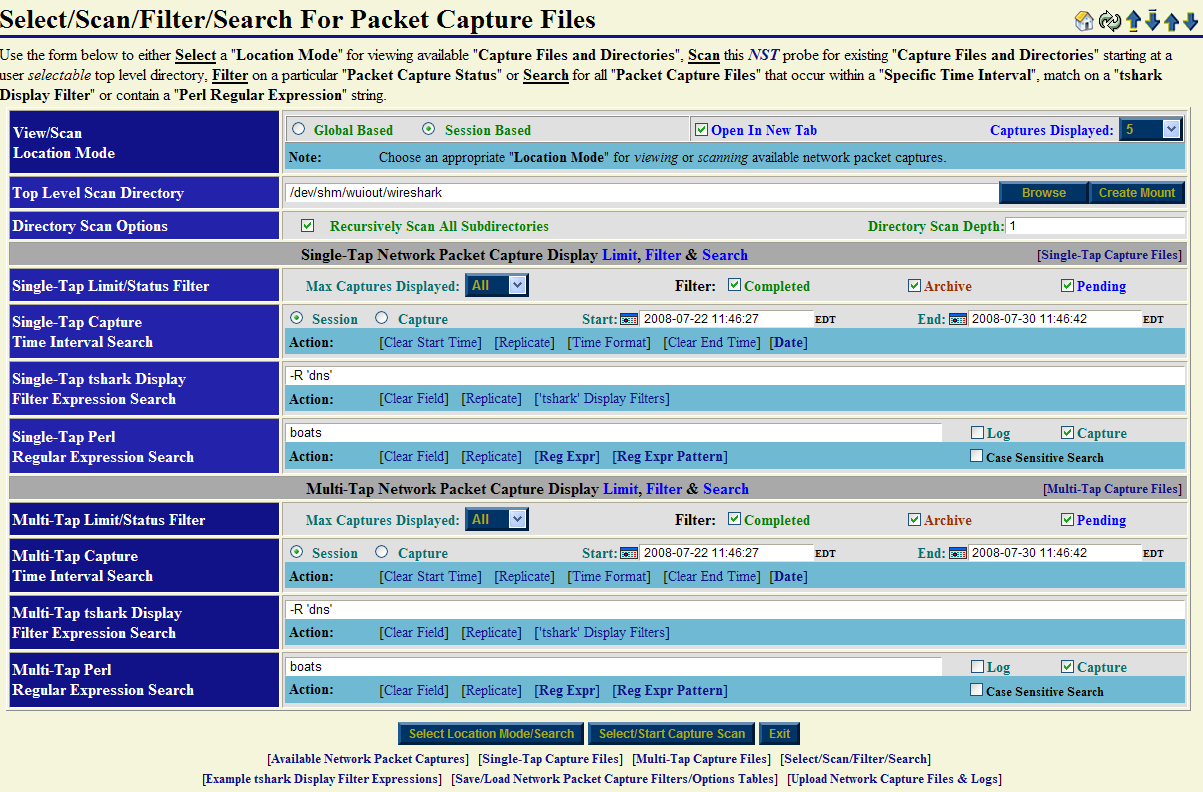