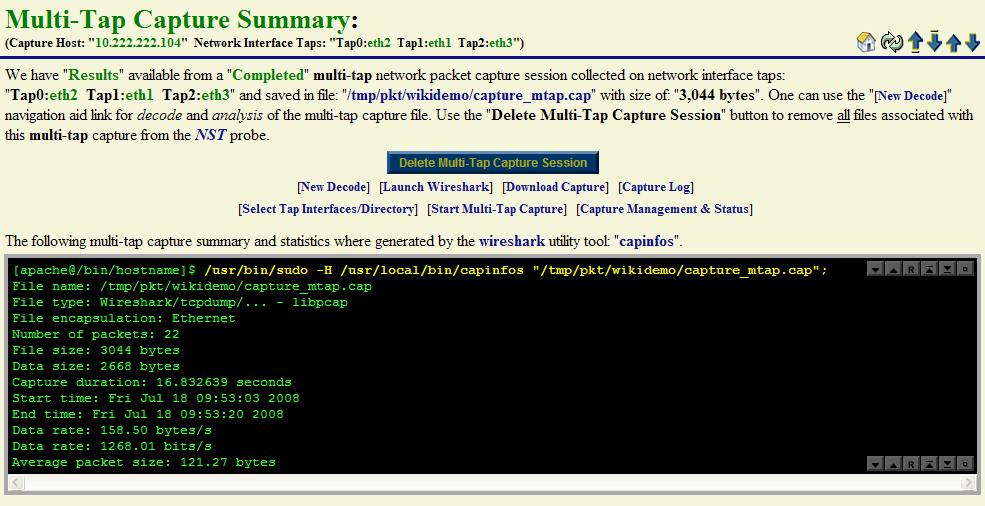 The decode below was produced by using the "Use tshark To Decode" button. The decode is labeled and documented for clarity. One can see the NAT/PAT inbound translation occurring through the firewall with packets: "1" and "2".