From NST Wiki
Revision as of 17:06, 17 September 2010 by Paul Blankenbaker (talk | contribs) (Created page with '= Client Tool Requirements = Once you've set up your NST system such that it can geolocate IP addresses, you will want to set up your ''client system'' such that you can view re…')
(diff) ← Older revision | Latest revision (diff) | Newer revision → (diff)
Jump to navigationJump to search

To verify this, follow the Quick Start instructions and screen shots on the HowTo Geolocate traceroute Data data page. If you are able to produce similar results, then you should be good to go.

The NST distribution does not include Google Earth. While installing Google Earth onto a NST system, is typically a painless process, be aware of the following:

Here are the basic steps to installing Google Earth onto a NST system: 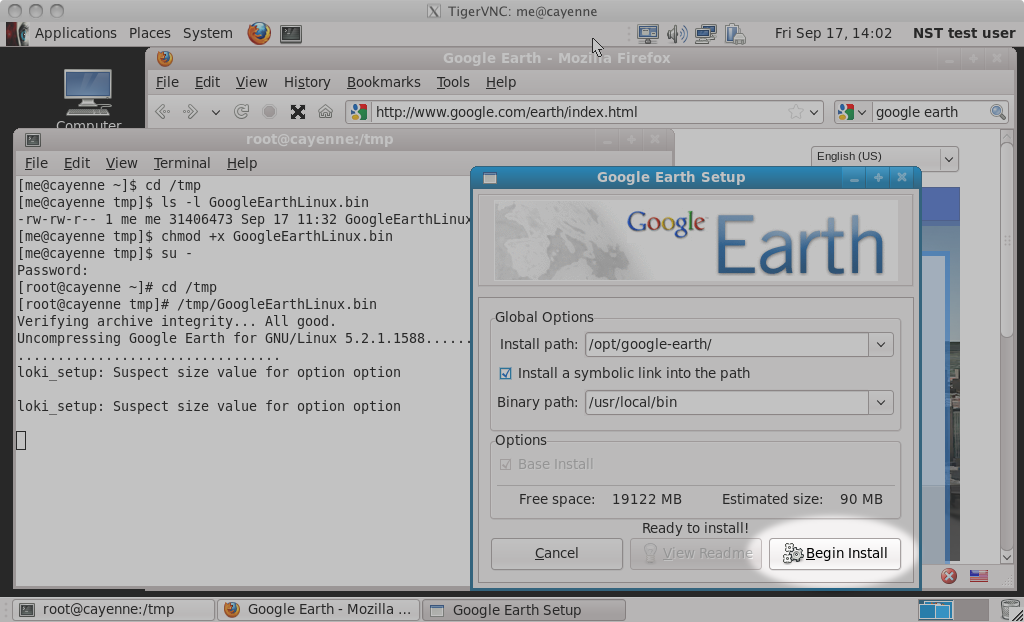 Installing Google Earth onto a NST system
Retrieved from "https://wiki.networksecuritytoolkit.org/nstwiki/index.php?title=HowTo_Setup_Your_Client_System_To_View_Geolocation_Data&oldid=2616"